skip to main | skip to sidebar

Corners of Our Home

These are teacups I end up keeping for home use because they have imperfections and cannot be sold. 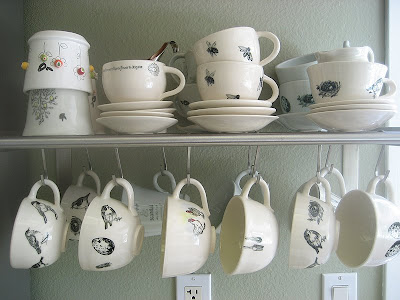 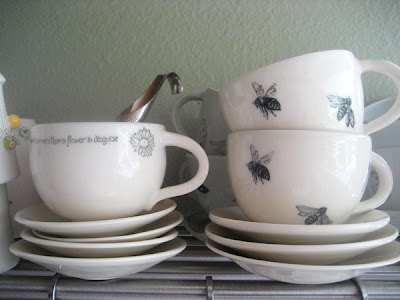 Below is a corner of our dining room. I'm not much of a collector. Having said that, I do have a small collection of wine corks and coasters from pubs. The two vases are both Peppa Studio's. The plates are from Ikea. We use them for buffet dinners. 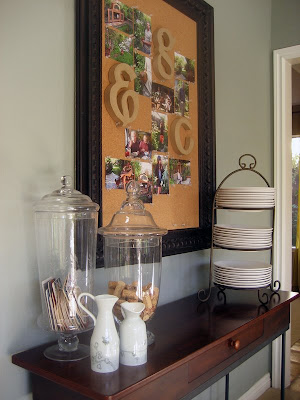 In the haste of trying to fill my first couple of wholesale orders, I learned a valuable lesson and that is "There is no shortcut in pottery, something will suffer!"

I had a major problem of crazing in the last couple of kiln loads. The cracks didn't appear right away, but usually overnight or within 24 hours. Imagine my panic attacks when upon examining the pieces right out of the kiln, they all looked fine. I then notified the customers to tell them that their orders will be in the mail shortly. The next morning, I woke up early to do some serious packing to find most of the pieces have crazed overnight! For those of you who don't know what crazing is, it is a network of cracks in the glaze which occurs after firing. 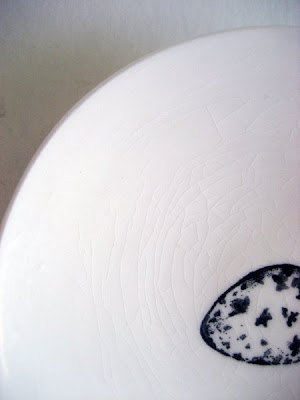 What to do? It would take me at least another 2 to 3 weeks to remake everything. I went online to frantically learn as much as I can about crazing, and to understand what I did to cause the problem. Basically, crazing is caused by improper fit between the clay body and glaze. In other words, the glaze contracts or expands more than the clay body to which it was applied. Since the glaze is a thinner layer of the two, it will give and crack.

I've been using the same clay and glaze combination for over a year and have never had to deal with this issue until now. I know that glaze fit was not my issue. After further research and a test fire, I was able to figure out the problem. What was it? It had to do improper cooling after firing. I thought I could decrease the cooling period safely by unplugging the peep holes at about 600F, crack open the kiln lid around 350F - 375F, and start to unload at around 200F - 225F. I had to use thick gloves because the pieces, shelves, and columns were still too hot to touch with bare hands. I'm telling you this so that if you're thinking about doing what I did, DON'T, unless you intentionally want to craze your wares. Be patient, wait until the kiln is cool to the touch on the outside, then open the kiln. Don't unload the pieces until you can touch them with your own bare hands. They should feel warm but not hot.

Fortunately, I was able to recover most of the crazed pieces by re-firing them again and cooling them properly. You may find that by firing them the second time, a few will develop pin holes on the surface of the glaze. Well, that's another issue all together and will need a separate post of discussion. As for now, I can breathe a little easier and start packing boxes.
Posted by Chi at 2:24 PM 6 comments:

I'm working on some new designs that incorporate more colors. White is elegant and simple but can be quite boring after a while, don't you think? That's not to say that I'll stop making white ware. Nothing looks better in a china cabinet than stacks and stacks of white plates and bowls. Below are my new Parisian plates. These will go in the kiln tomorrow, along with other pieces from custom orders.

If you haven't received your order in the mail yet or see them posted on Etsy, they will be there very soon. I've over estimated the amount of work I can put out (so sorry). Thank you for your patience. I'm working hard to get them out the door. 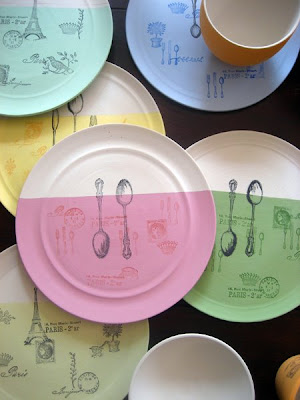 It warms my heart to know that Peppa Studio wares are going to a good home and that their owners like them as much as I do. Thank you Tim & Wen! 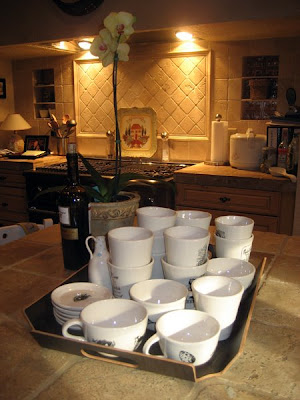 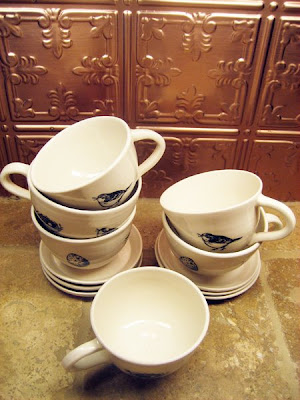 I've been a little busy bee lately, trying to fill my biggest order to date. I'm sure this order would seem normal to seasoned potters, but since I'm a newbie, everything is a learning experience. Making a handful of cups at a time for your own pleasure is very different than making a few dozens of the exact size and shape. In order to make a dozen perfect cups, I end up making twenty, because chances are, something will go wrong with eight of them. Hopefully, with practice and time, eight will become five and maybe some day, even three? I'm an optimist, can you tell? 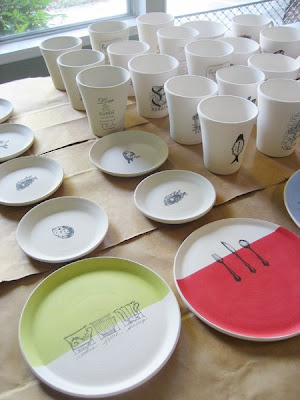 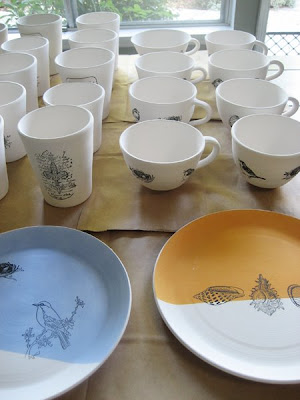 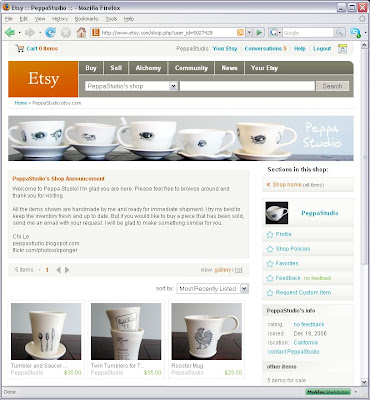 Thank you all for your encouragements. You gave me the courage to open a shop on Etsy. Please stop by for a visit when you get the chance.
Posted by Chi at 4:38 PM 3 comments:

Here are a few more pictures of a recent kiln load. 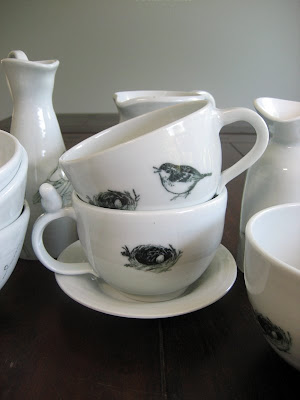 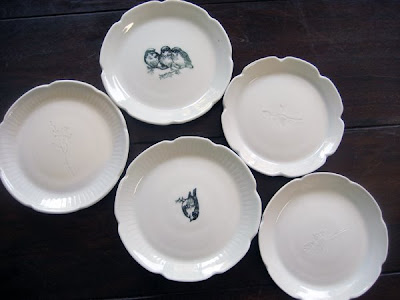 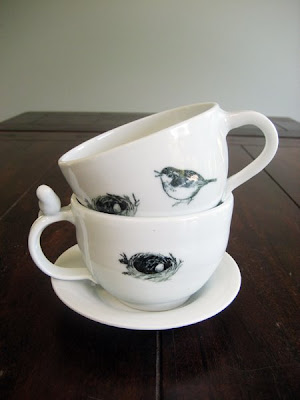 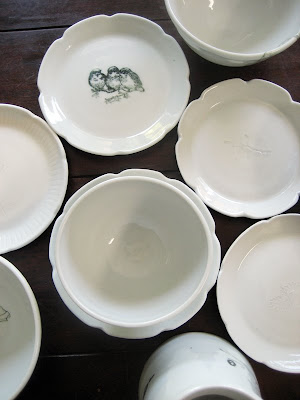 All images and content of Peppa Studio © 2007 Chi Le, unless otherwise noted.

Chi
I am a web designer /developer living in southern California. I am a dreamer and hope to some day make a living as a ceramic artist. Colors make me sing with absolute joy. Good clean designs fascinate me to no end.